Senator Barack Obama's address in Philadelphia the other day prompts many thoughts. Among other things, it was a superb commentary on American constitutional history, a subject that I teach. His address is right up there with the historic debates between Lincoln and Stevens, and with Senator Charles Sumner's "Are We as Nation?" Deftly, Obama placed the principles of the Declaration of Independence, and therefore the principle of equality, at the "core" of the Constitution. That was Lincoln's argument. Although equality is not mentioned in the original constitution, and did not appear there until after the Civil War, when slavery was at last abolished - Senator Obama says that the ideal of a future equality is in the preamble: "We, the People of these United States, in order to form a more perfect Union. . ." He beautifully recognizes that equality and union are ideals to be reached, if at all, in the indefinite future (correcting his own earlier speeches in which he said, too idealistically, that we are, are now, one people). He evidently feels with his whole being that this campaign is a historic moment, like that of the Lincoln-Douglas debates 150 years ago, and that his duty is to articulate and embody (literally, its seems)a new national self-awareness, a sense that despite our profound diversity and our conflicts, we of these United States are still on a path toward the great ideals of solidarity and civilization. Sign me up, Senator.
Posted by Sheldon Novick at 11:34 AM 3 comments: 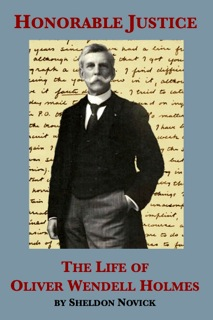